On Monday, April 4, 2016, California Governor Jerry Brown signed into law a bill that will gradually raise the statewide minimum wage to $15 per hour.

California’s current minimum wage is $10 an hour. Starting on January 1, 2017, employers with 26 or more employees must comply with an increasing minimum wage according to the following schedule: 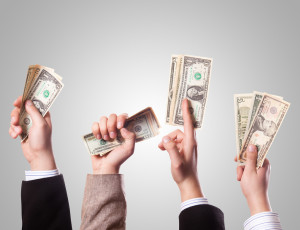 For employers with 25 or fewer employees, the foregoing schedule will be delayed by one year.

After the schedule unfolds (taking into account possible pauses depending on the status of the economy or budget concerns), California intends to examine the minimum wage annually and may further increase it depending on a specific formula.

The new law does not prevent cities or counties from independently increasing their minimum wage, meaning specific jurisdictions in California may have higher minimum wages.

Do you have exempt employees? To be legally classified as exempt under the commonly used “executive,” “professional” and “administrative” exemptions, employees must be paid a minimum salary equal to at least two times the California minimum wage (in addition to meeting the other exemption test requirements).  Currently, this means an employee classified as exempt under one of these exemptions must earn a salary of at least $41,600 a year.  However, by 2022, the same employee would need to earn a salary of at least $62,400 to be classified as exempt.  Employers must be careful to make sure exempt employees meet the minimum requirements each year as the minimum wage increases.