With the passage of California SB 358, signed by Governor Brown on October 6, California employers will need to begin preparing for a new conversation with their employees about gender pay equality in the coming year.  California’s existing Equal Pay Act, found at Labor Code § 1197.5, has been substantially strengthened by the Legislature.  The law continues to apply to California employers of all sizes—with no exclusion for small businesses. 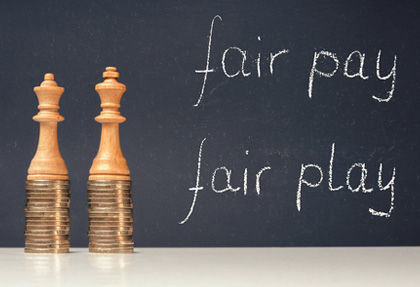 Previously prohibiting employers from paying an employee a wage rate less than employees of the opposite sex in the same establishment, the amended law moves beyond the requirements of the federal Equal Pay Act and requires equal pay in California for “substantially similar work…” in any setting, unless the employer can meet a burden of proof to show that a gender pay difference between any of its employees and employees performing substantially similar work, whether or not “in the same establishment,” is based on one or more specified factors, including a “seniority” or “merit” system, a system that measures earnings by quantity or quality of production, or a “bonafide factor other than sex, …”  SB 358 also makes a number of other revisions to existing law, involving enforcement provisions and employer recordkeeping requirements.

Perhaps the most striking language added by SB 358 is the new provision prohibiting employer retaliation against an employee for any action by the employee taken to “…invoke or assist in any manner the enforcement of this section” and authorizing an aggrieved employee to file a complaint with the California Division of Labor Standards Enforcement, or to pursue a civil lawsuit for retaliation.  A key employee right protected from employer retaliation is the newly broadened right of an employee to openly discuss pay—indeed the California Legislature expressly declared in passing SB 358 that “Pay secrecy also contributes to the gender wage gap, because women cannot challenge wage discrimination that they do not know about.”

In an effort to fight that perceived “pay secrecy,” SB 358 reiterates the existing employee right (under Labor Code § 232) to disclose the amount of his or her own wages, but adds newly created rights to discuss the wages of others, inquire about another employee’s wages, or aid or encourage any other employee to exercise his or her rights under the California Equal Pay Act.

By opening up the workplace conversation about pay to allow employees to “discuss” and “inquire” about not only their own wages, but the wages of other employees, and protecting that right with express provisions barring retaliation, the California Legislature has opened the door to a whole new conversation in California workplaces beginning in 2016.