I had a chuckle the other day when I saw someone wearing a teeshirt with the following message: 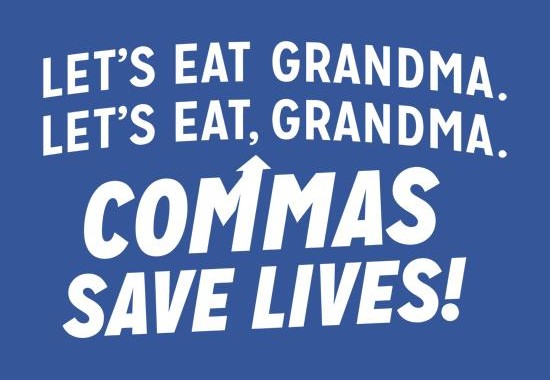 The National Labor Relations Board (“NLRB”), the federal agency charged with enforcement of the National Labor Relations Act (“NLRA”), has been on a crusade in recent years against employer policies the NLRB believes interfere with employee exercise of certain rights under the NLRA.  Section 7 of the NLRA protects employee activities related to forming or joining labor organizations, engaging in collective bargaining, and other similar activities.  The NLRB has aggressively pursued legal action against employers to force the modification of employer policies on topics such as employee social media use and employee confidentiality obligations, where the employer’s policy was seen by the NLRB as infringing on or “chilling” employee rights to discuss their wages or working conditions with other employees.  (Those who are interested in more detail about the NLRB’s views on particular employer policies should have a look at the NLRB document “Report of the General Counsel Concerning Employer Rules” (GC Memo 15-04), available on the NLRB website at this link:  https://www.nlrb.gov/reports-guidance/general-counsel-memos).

In Hyundai America Shipping Agency, Inc. v. NLRB, 2015 WL 6875278 (D.C. Cir, Nov. 6, 2015), the U.S. Court of Appeal upheld the NLRB’s determination that three separate employer policies were unlawful because they interfered with employee rights under Section 7 of the NLRA.  A blanket employer confidentiality rule barring employees from discussing matters under the company’s investigation was held to be overbroad because it clearly limited employees’ rights to discuss their employment.  A second employer rule imposed limitations on the use of the company’s electronic communications systems and concluded with the requirement that “employees should only disclose information or messages from theses [sic] systems to authorized persons.”  The NLRB found, and the Court of Appeal agreed, that a reasonable employee could read this rule to prevent the sharing of any information exchanged on Hyundai’s electronic communications network, thereby restricting employees’ ability to share information about the terms and conditions of their employment.  Id., at *3.

The Court of Appeal’s holding on a third rule at issue in the case turned on an even smaller detail:  the difference between the phrases “working hours” and “working time.”  The employer’s rule allowed disciplinary action, including termination, for “[p]erforming activities other than Company work during working hours.” Id., at *4 (emphasis added).  The Court of Appeal accepted the NLRB’s invalidation of this rule because it prohibited employees from engaging in legally protected activities even during breaks—or in other words, legally protected activities during a work shift but outside of working time. According to the Court:

Other employers who have similar policies which restrict employee activities during “working hours,” or who have broad confidentiality policies of the sort found unlawful in this case will want to take note of the Hyundai Shipping decision and look at revising those policies in light of the decision.  But the larger message that any employer can take from this decision is that when it comes to drafting legally compliant employment policies, the small things really can matter.  While not quite at the level of the comma that saved Grandma, even a small wording difference such as the difference between “working hours” and “working time” can sometimes be the dividing line between a legally compliant policy, and a costly legal battle.