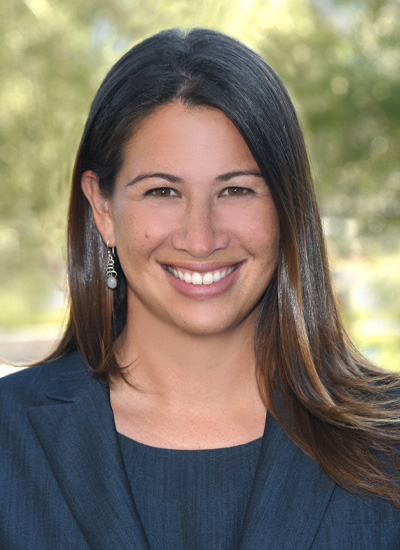 Over the past decade, Summer Young-Agriesti has established herself as a go-to attorney for California employers in handling legal challenges ranging from individual and class action wage and hour issues, wrongful termination, employment discrimination, sexual harassment and unfair competition, as well as business competition issues and trade secret misappropriation.

Ms. Young-Agriesti applies her familiarity of the law to state and federal level administrative venues as well. There, she achieves positive outcomes for her clients with government entities such as the California Department of Fair Employment, the federal Equal Employment Opportunity Commission, and the Division of Labor Standards Enforcement. She equally understands the value of avoiding problems before they happen. With that keen focus, clients regularly rely upon her knowledge and experience to develop strong personnel policies and practices.

Ms. Young-Agriesti’s scholarship in employment law is reflected in her publications. For instance, she is a co-author of “Advising California Employers and Employees,” a reference book used by attorneys and HR professionals. She has also produced numerous articles for business and legal publications aimed at minimizing employer liability. In addition, Ms. Young-Agriesti’s peers have recognized her as an authority in employment compliance law by seeking her out as a lecturer on issues pertaining to California and federal employment laws.

Ms. Young-Agriesti attained her law degree from the University of California, Los Angeles School of Law in 2004 and served as a judicial extern to the Honorable Harry Pregerson, U.S. Court of Appeals, Ninth Circuit. She received her undergraduate degree from the University of Hawaii. She is licensed to practice in California and is admitted to practice before the U.S. District Courts for the Central, Southern, Eastern and Northern Districts of California.

She is originally from Hawaii and enjoys traveling, surfing and fishing.